After meeting with AMP leadership, Jan Pitman knew Bill would have loved our organization 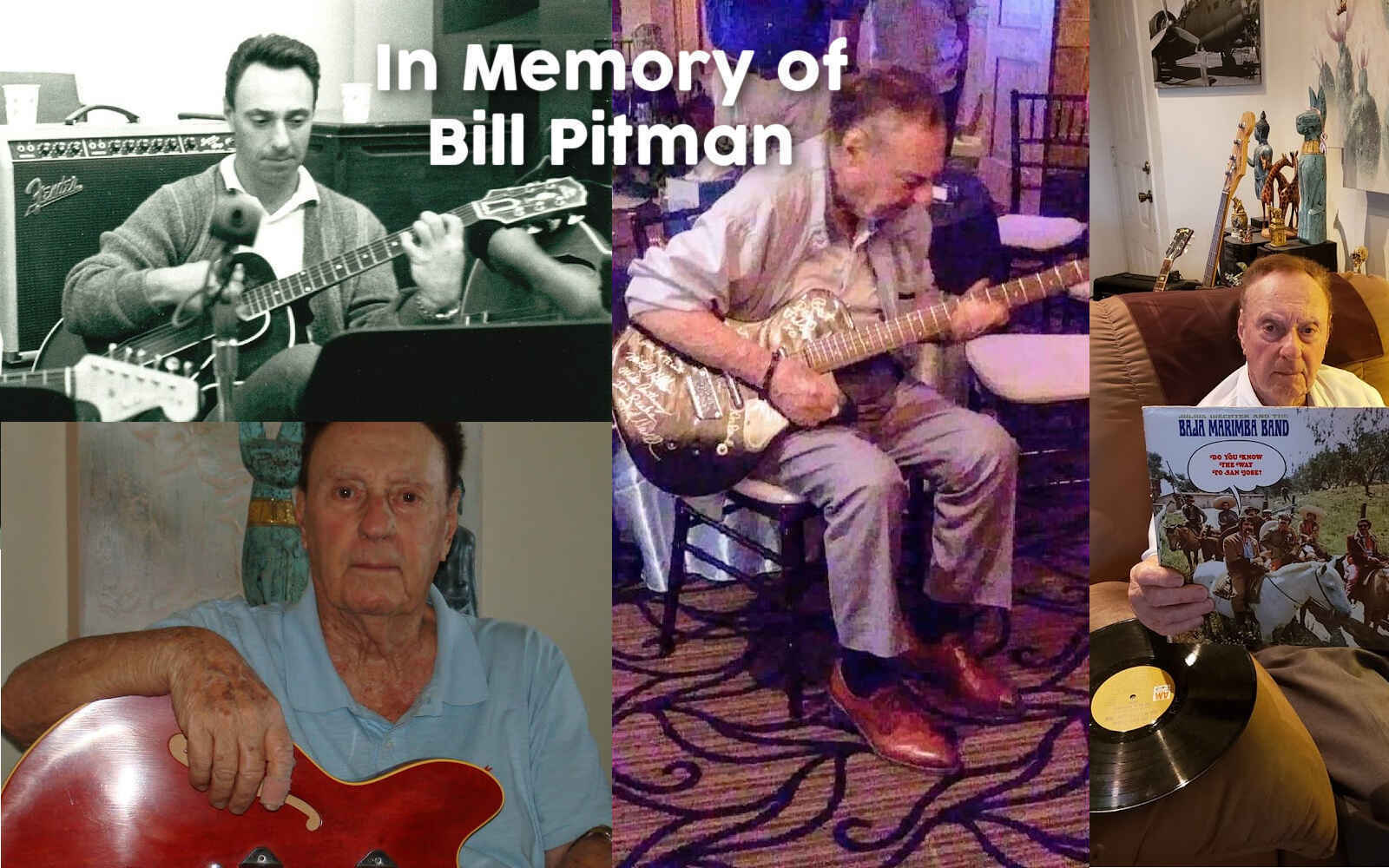 After meeting with AMP leadership, Jan Pitman knew Bill would have loved our organization

Give to AMP in memory of Wrecking Crew Guitarist Bill Pitman

William Keith Pitman was born on February 1, 1920, in Bellville, New Jersey. His father Keith Pitman, was the number one bass player in New York City and was on staff at NBC. He had several basses stored all over New York City and went from gig to gig in a taxi, thankful not to have to lug a bass to each gig. Bill’s Mom worked designing costumes for the Broadway play actresses after having danced in the Rockettes Pony Line. Bill had no siblings.

When he was very young, Bill and his parents moved to New York City and lived in an apartment overlooking Central Park. Bill attended Professional Children’s School where a large class was comprised of about 5 or 6 children most of whom had parents who were professionally employed in theater or music. He learned to tap dance and had a girl partner and they danced up and down stairs in Fred Astaire style. During this time, his father hired the best music teachers and Bill took music lessons learning first to play the piano, then trumpet and finally the guitar. He would practice in his room for hours every day, many days going without meals because he was just so into his music.

Bill was only about 6 or 7 years old when he knew that he would be a professional musician when he grew up. At about 8 years old he fell in love with the guitar and began taking guitar lessons. His teachers were the best in New York City and one by one they would tell his father that there was nothing more that they could teach Bill and then another teacher would be hired. This went on until Bill was entering high school. He became friends with and played gigs around New York City with trumpet player Shorty Rogers and drummer Shelly Mann.

When his parents divorced, Bill and his mother moved to a more central part of New York City, and he no longer went to Professional Children’s School. He eventually dropped out of high school and then joined the Army Air Corp after he and his mother moved to upstate New York. He served in WWII in India flying over the Himalayas (The Hump) taking gasoline to or Flying Tigers in China.

Bill attributed his musical ability first to his talent inherited from his parents, and then to having had great teachers as he was growing up. Bill would be very proud to know that people who knew and loved him are choosing to contribute money to The Academy of Musical Performance in memory of him. It would be a bonus for him to know that The AMP provides their services of providing instruments, lessons, performance opportunities, recording experience, and more while charging the families of the children only what they can afford. AMP is giving musically talented children the opportunity to succeed in achieving their dreams of becoming musicians or working in the music industry. They will be able to work and be happy and fulfilled! Bill would be so happy and proud to be part of this!

Click the red "DONATE" button at the top of this page.